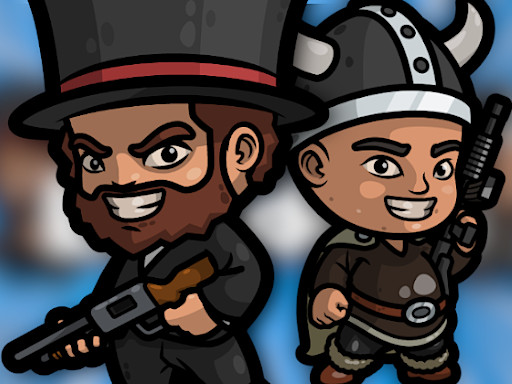 Battledudes.io is a real multiplayer 2d shooter game with a fully destructible map, where you fight other teams and players for the victory! The game has multiple distinct maps and multiple gamemodes for you to choose from, with many map and gamemode combinations. To aid you in fighting the enemies at your arsenal you have over 20 different weapons that you can unlock by playing the game and gaining XP points. Battledudes.io includes a leaderboard with daily, weekly and all time statistics. If you create an account to save your XP, progress you can also compete with other in the leaderboards. In the games show you can purchase new hats and emotes with either the coins currency or the gems currency. Coins are earned by playing the game and gaining XP. Gems can be purchased from the store. Each currency can buy a certain set of items.